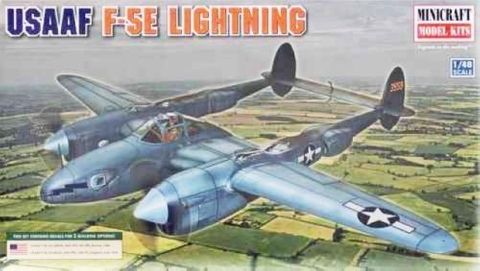 No. 11664 1/48 F-5 Photo Recon USAAF w/2 options
Based on the P-38 fighter, the F5 was a fast long range photo-reconnaissance aircraft used by the United States Army Air Force in World War 2. Equipped with cameras instead of guns the F-5 flew fast and low and was among the most successful reconnaissance aircraft used in World War 2. This new Minicraft kit features new markings for 2 aircraft as operated in the Far East and another that flew during the D-Day invasion of occupied France June 6 1944.