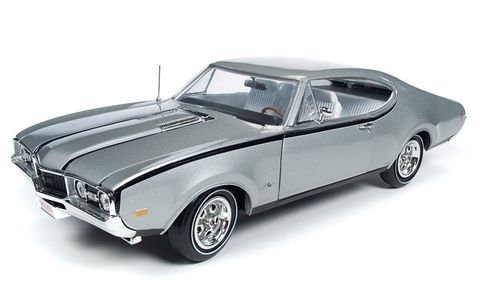 1968 was the year of the “Youngmobile.” GM launched their ad campaign focused on younger car buyers. The larger engines in mid-sized cars were at the time, widely available from competing manufacturers. GM set out to change that trend. Teaming up with Hurst, the Olds® Cutlass™ Hurst/Olds was the answer. Two different versions of the newly-developed 455ci motor was installed into the 1968 Olds® Cutlass™. The W45 engine was bolted into the non-AC cars while the W46 went into cars equipped with AC. Both engines produced 390hp at 5,000rpm, with a 10.50:1 compression ratio.