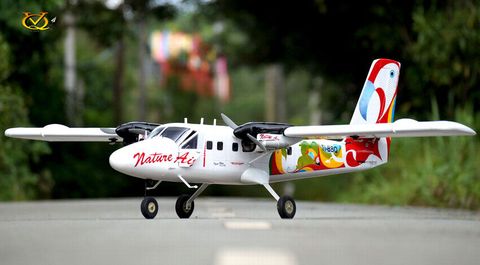 This VQ ARF's reproduction DHC-6 Twin Otter R/C aircraft is designed for modern electric motor systems. At its core, this model has a very scale outline and features many details not usually found on a sport ARF wood model.